How much do smokers really cost your business?

Before I get started let me state that I’m not a smoker and never have been one so obviously I don’t understand the cravings/compulsion to smoke. Setting aside all the obvious and known effects of smoking on your health, individually, societally and financially, what about the cost to the employer? I don’t understand why one employee should in effect be allowed an extra 2-3 WEEKS off per year compared to their fellow work colleague simply because they smoke. To save everyone jumping to their calculators to work out how it’s that much time, I’ve based it on the following formula.

Assuming a smoke break takes on average 10 minutes from the time you get organised to leave your desk to the time you return and start working again. Then let’s assume you take a modest 3 smoke breaks a day during normal working hours. That’s 30 minutes a day extra time to yourself that a non-smoking colleague would be working. Based that on a normal 5 day week, its 150 minutes a week, finally, let’s take it that there are approximately 46 working weeks in the year after annual leave/public holidays etc. (150*46= 6,900 minutes which is 115 hours or just over 15 days a year). 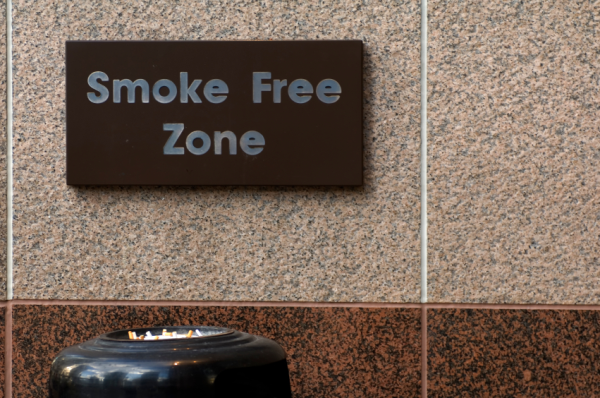 In simple terms I think that this is totally inequitable and essentially unfair. I have to ask the question, why is it accepted as common practice? Why do nearly all companies allow smoke breaks during what’s essentially paid working hours - should the employer take a hit (excuse the pun) to their pockets because they employ smokers? Why should a non-smoking employee work longer throughout the year than a smoker!?

In money terms based on the calculation above, 15 days at an average salary of 40,000 equates to just over 2,600 a year (230 working days in the year, adjusted for Annual Leave). Perhaps smoking employees should get paid this much less per annum compared to non-smokers in the same role allowing them 3 ‘guilt - free’ smoke breaks a day?! Or simply ban smoke breaks outside of normal working hour’s altogether?

The other argument could be that as smoking is gradually being viewed more and more as socially unacceptable from the start of the smoking ban to the general perception of the public today perhaps the employers should be doing more to try to encourage and assist their employee’s to quit. How about offering health assessments given the common idea that most smokers would actually prefer to quit for health reasons, not to mention the constant increase in the cost of cigarettes (a 20 a day smoker spends approximately 3-4,000 a year).

I’ve absolutely no doubt that it’s incredibly difficult to quit smoking, I’ve seen my own family members succumb to the ill effects of it, but should the employer also suffer because their employees smoke? Can they do more to assist with quitting – should they have to? I have no doubt this is a debate that will continue on.