Younger people twice as likely to call in sick to work

Under-30s are more likely to stay at home, suffering from colds and flu, allergies and intolerances than over-55s according to a the survey of 3,000 people in the UK. 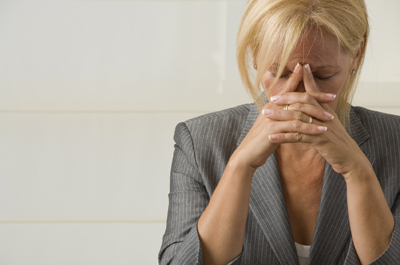 Younger people were also more likely to take time off work due to stress, tiredness and feeling run down. Almost one in five people aged 18 to 29 admitted to missing work as they were “too hung-over”, but 85% of over-55’s said that would only miss work if they were bedridden.

The survey suggests that this higher rate of illness & absenteeism in younger people may be explained by the impact of unhealthy lifestyles – poor diets fuelled by fast food & takeaways.

Peter Morton, the marketing manager of multivitamin manufacturer Multibionta, which commissioned the survey, said: “Today’s fast paced, work-hard play-hard lifestyle appears to be taking its toll on the younger generation. A poor immune system caused by smoking, drinking and a lack of nutritionally beneficial food, lends itself to people being more susceptible to coughs and colds which in turn can lead to sick days.”

A recent report conducted earlier this year by PricewaterhouseCoopers estimates that absenteeism costs UK businesses £32 billion each year, with British workers taking almost twice as many sick days as their American counterparts. However the rest cost could be even higher because this figure does not take into account other factors such as lost productivity.

In Britain, employees take on average 10 days unscheduled absence from work each year compared to 5.5 days in America and 4.5 days in Asia – Pacific region. Aprox. 80% of absenteeism is down to illness while jury service and compassionate leave account for the rest.

In our business we come across many similar stories -  for more information check out: absenteeism reduction