Working from home on the increase despite the recession

The number of people working from home has increased by 13 per cent in the last five years, according to a new TUC analysis of official figures to mark National Work From Home Day, organised by WorkWise UK.

The TUC analysis from the Labour Force Survey shows that just over four million employees usually worked at home in 2012, a rise of 470,000 since 2007. The South East, Scotland and Wales have seen the sharpest rise in homeworking over the last five years.

While nearly two-thirds (65 per cent) of people who work from home are male, an increasing number of women are also making this career move. According to the research, the majority of homeworking jobs created in the last five years have gone to women. The rise in female homeworking is partly due to the fact that almost nine in ten (86.8 per cent) of these new jobs are part-time, says the TUC.

The sharp rise in homeworking in spite of the recession - which many feared would halt flexible working practices - confirms that this new way of working has become an essential part of the UK labour market. Technological progress and the rise of the services sector, where many jobs do not require specialised machinery or face-to-face contact with colleagues or customers, have helped fuel this growth, says the TUC. 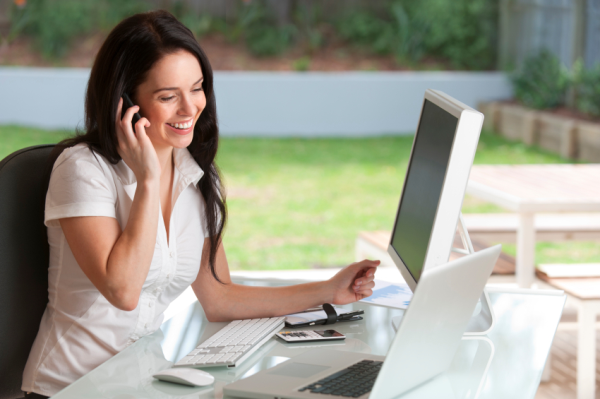 'The recession may have fuelled rising unemployment and put pressure on flexible working practices, but homeworking has continued to thrive and grow.

'Over four million people usually work from home, while many millions more occasionally do so. The sheer scale of homeworking proves how easily it can be done but there are still too many employers who are reluctant to allow staff to work away from the office or the shop floor.

'With government figures showing a further 4.5 million people would like to work from home more often there is still much more that employers can do to meet this unmet demand for more flexible working.'

'The key issues for success still surround management styles and the acceptance of change. Building a culture of information sharing and creating trust takes time and careful planning. By carefully choosing and training the virtual workforce and by structuring the organisation to make best use of its virtual employees, most organisations should be able to see an improvement in productivity of between 8 and 15 per cent.'