Could your working hours be damaging your health?

New research suggests that women who work night shifts for more than 30 years can have a twice as high risk of developing breast cancer than those who don't. The study, undertaken jointly by Queen’s University, Ontario and the British Columbia Cancer Agency, examined 1,134 women with breast cancer and 1,179 women without it, of same ages, in Vancouver and Kingston. They were questioned about their work and shift patterns and researchers also assessed the hospital records for the women who suffered from the disease. About a third of the women had a history of night shift work. 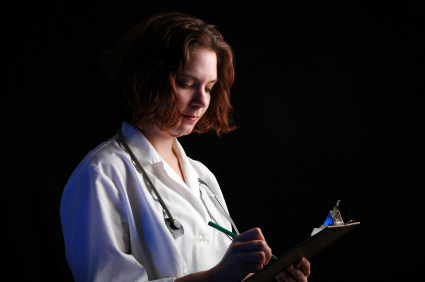 The study, published this month in The Occupational and Environmental Medicine Journal, found that those who had worked nights for 30 or more years were twice as likely to have developed the disease, after taking account of potentially influential factors, although the numbers in this group were comparatively small.

According to lead researcher Kristan Aronson, a professor of public health sciences at the Queen's Cancer Research Institute at Queen's University in Kingston, Ontario;

“Other research has also found a link between night-shift work and breast cancer, especially for health-care professionals. But the new study revealed an apparent risk among other types of workers”

While those women with 30 or more years of night-shift work had a doubling of risk, Aronson's team found no increased risk among those who worked nights for less than 30 years.

“The study showed no evidence that those who worked nights for up to 14 years, or between 15 and 29 years, had any increased risk of developing the cancer. However, the women who had worked nights for 30 years or more were twice as likely to have developed breast cancer.”

"We were very careful in asking about lifetime occupational histories, including specific start and stop times of each shift worked," Aronson explained, "so we carefully assessed each woman's exposure to night work."

When Aronson looked at the groups of women in terms of duration of night-shift work, she found that the link between working 30 years or more and a doubling of breast cancer risk held even after taking into account other factors that can affect cancer risk, such as body-mass index.

"There are only hypotheses so far about what could link long-term shift work to increased breast cancer risk," she said. "Some hypotheses are: disruption to the normal daily body [circadian] rhythm, decreased melatonin [a hormone that regulates sleep-wake cycles that is produced in greater quantity during sleep], increased sleep disturbance and possible lower vitamin D."

However, Aronson said that no one can yet pinpoint to one of these things as more dangerous than the other.

“We just can’t determine that yet,” she said. “We’re looking to lots of continued research both in basic science and epidemiology to be able to determine which of the potential pathways from shift work to cancer is the most important.”

Provincial workplace insurance boards and employers are already interested in the findings and ways of reducing the impact of shift work, Aronson said.

In Denmark, 37 women who got breast cancer after working night shifts were compensated following a 2007 decision by the International Agency for Research on Cancer.

The findings echo those of previous research, said Russel Reiter, a researcher at the University of Texas Health Science Center in San Antonio, who has also studied the topic.

"The strength of the study is in the number of individuals included," he said. "Overall, it strengthens the association between night-shift work and breast cancer."

Among the possible explanations, he agreed, is suppression of melatonin. Night-shift work can affect melatonin levels. Melatonin may also help strengthen the immune system, some experts believe.

Besides preventive care such as mammograms, what can women do if they work night shifts? Many women don't have a choice of which shift to work, of course. If possible, Aronson said, women might try to work less than 30 years of night shifts.

But experts cautioned that the increased cancer risk is yet to be confirmed.

Dr Jane Green, clinical epidemiologist at the University of Oxford, said: "This seems to be a well-conducted study with the benefit of more detailed occupational history than in many studies.

"The finding of an increased risk of breast cancer in women with a long history of shift work adds to similar results from some previous studies, but does not change the existing consensus: that while there is some evidence to associate increased risk of breast cancer with very long term shift work, the evidence is not yet sufficient to be sure and certainly not sufficient to give a public health message about working shifts.

"With further work, the increased cancer risk may not be confirmed; and even if it is, could turn out to be explained by differences in known breast cancer risk factors among shift workers vs non-shift workers. In other words, it might not be the shift work itself that is to blame. We therefore cannot interpret this study to say shift work causes cancer."